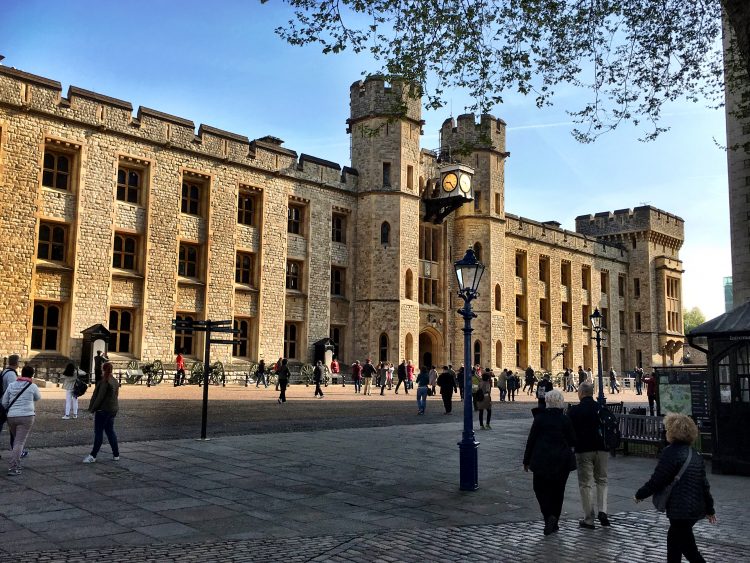 The Tower of London, a fortress located along the River Thames, holds a history that’s both captivating and terrifying. No trip to the city is complete without exploring this World Heritage Site.

The Tower of London has a dark past, having been used as a prison and execution grounds. Queen of England Anne Boleyn is probably the most famous prisoner beheaded at the Tower. She was found guilty of treason against her husband King Henry VIII. Her ghost is said to haunt the property, along with ghosts of several other executed prisoners. Maybe a ghost tour needs to be on our itinerary for the next visit?! 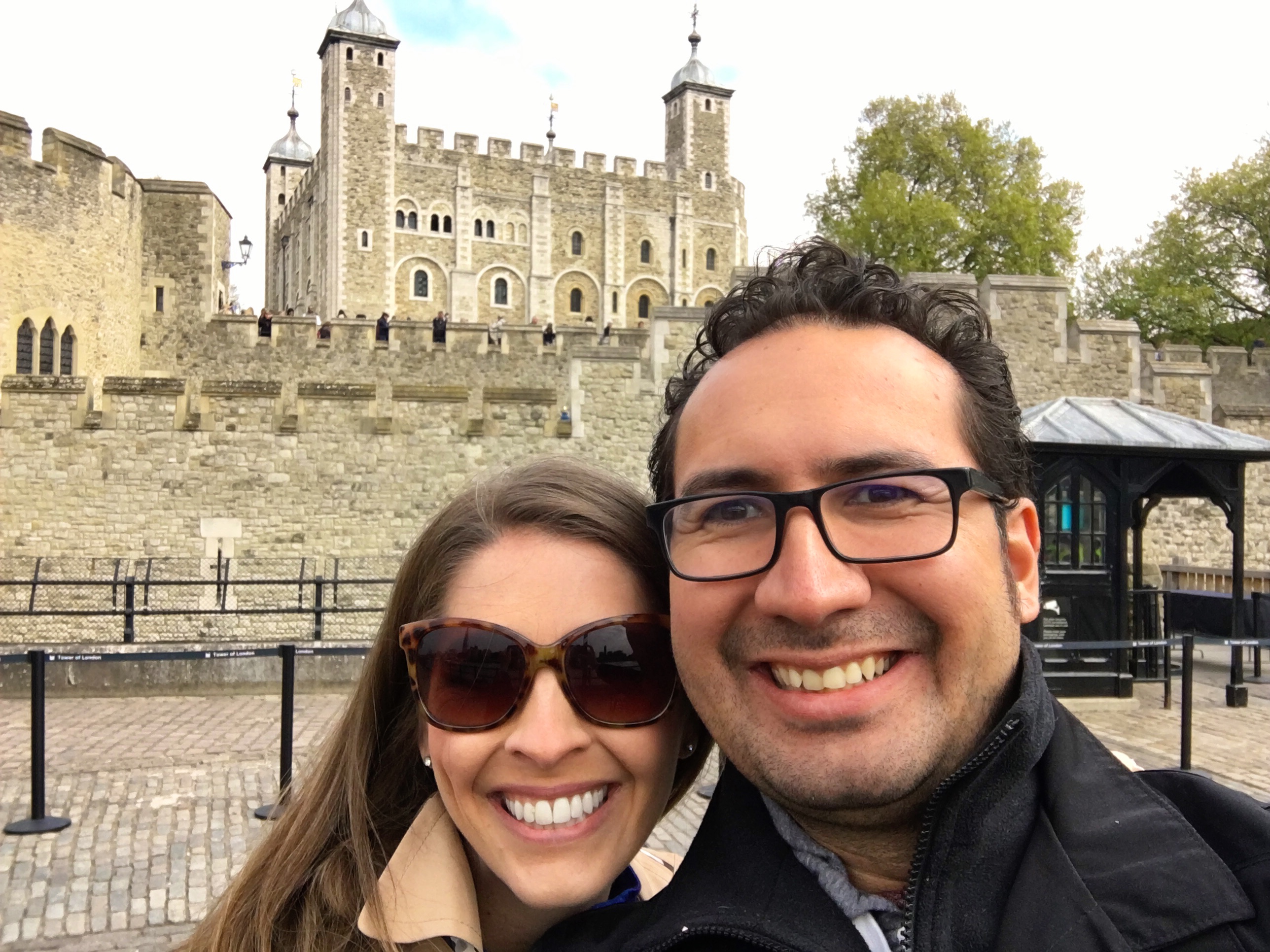 Visiting the Tower of London

First: the basics. The Tower of London is open year round except between December 24-26 and on January 1. Visitor hours are slightly longer during the summer season which runs March 1 to October 31.

We’d recommend starting your day with this attraction because it gets really busy, really fast. You can access the Tower by the London Underground, by bus, riverboat, or metro. Personally, we took a taxi because we wanted to be there right at opening and didn’t give ourselves enough time to get their by public transportation. Obviously, you’ll save money utilizing one of those other options. 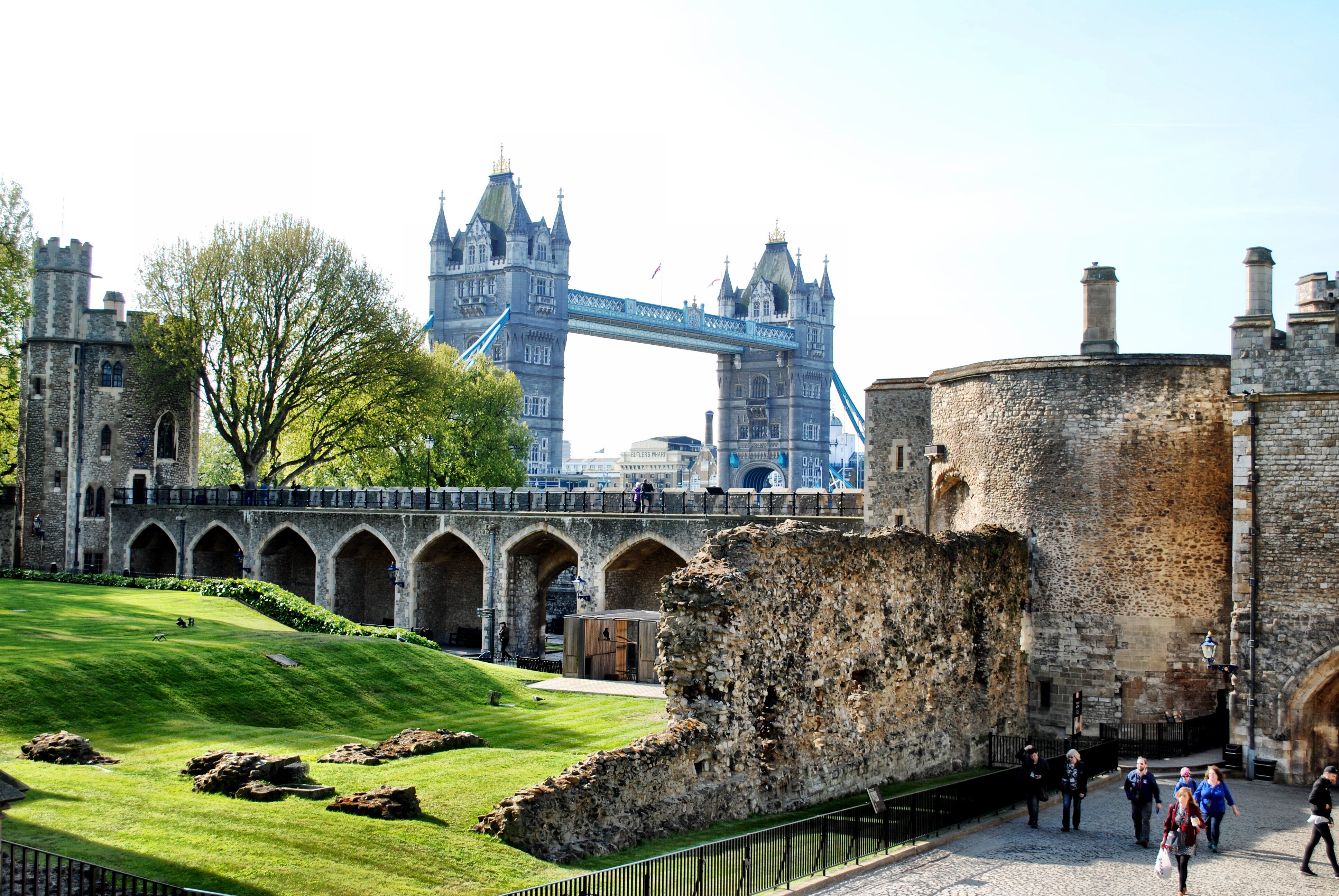 What to See at the Tower of London

One of the first things you should do upon arriving at the Tower of London is take a Yeoman Warder tour. The best part: these tours are FREE! 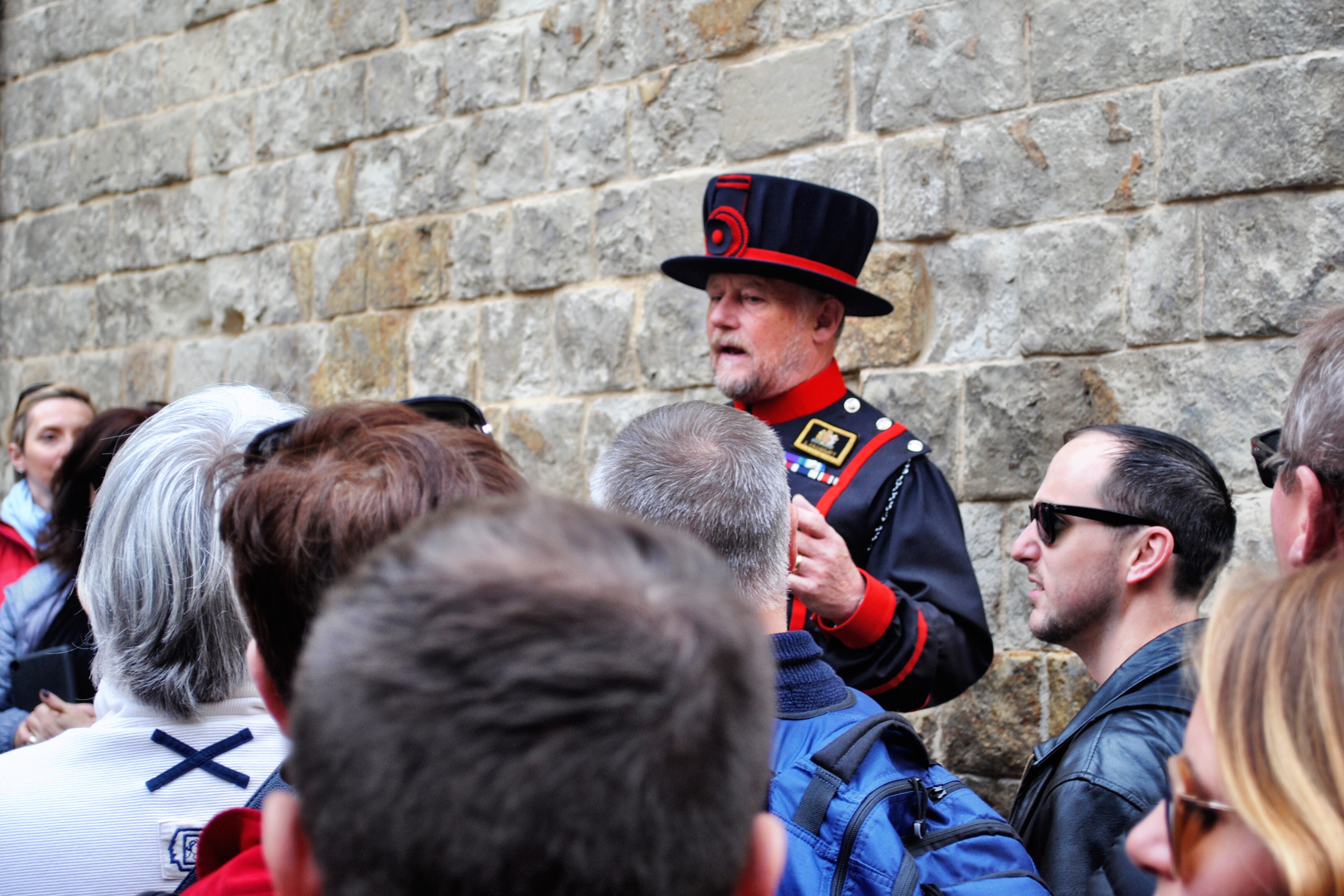 The Yeoman Warders, often called “Beefeaters,” are the Tower of London’s ceremonial guards and they live within the property.

The free tours depart every half hour from just inside the entrance. The Yeoman Warders are experts on all things Tower of London and this is how you will learn the most information during your visit!

The tours take you around the entire grounds and inside the St. Peter ad Vincula Royal Chapel where many famous prisoners were buried.

Your ticket to the Tower of London includes admission to the Crown Jewels exhibit.

NOTE: Photography is not allowed inside the building that houses the Crown Jewels. 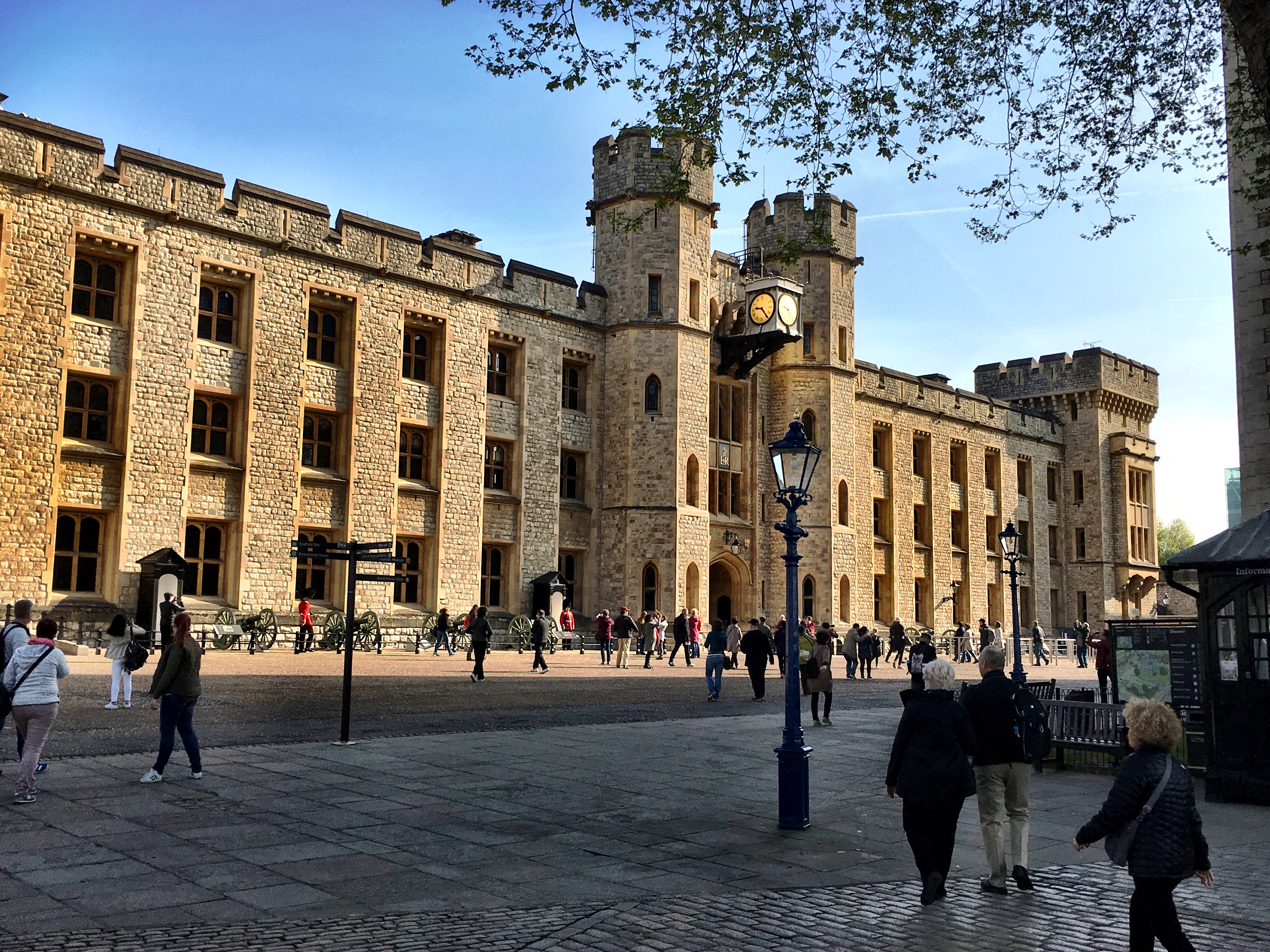 The royal collection includes many crowns, robes, sceptres and other ceremonial items. 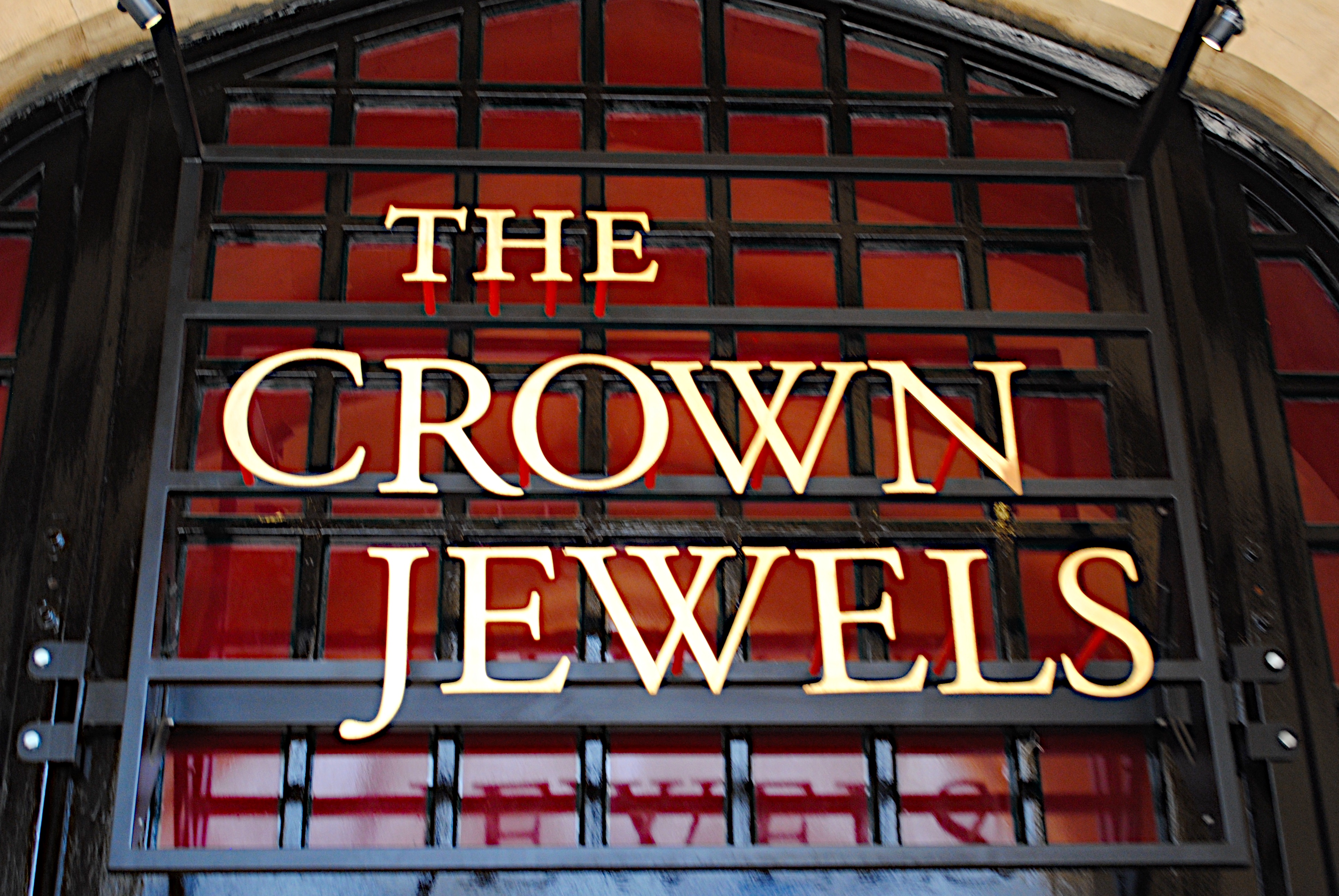 Legend has it that ravens must reside at the Tower of London and the White Tower will fall if they leave. 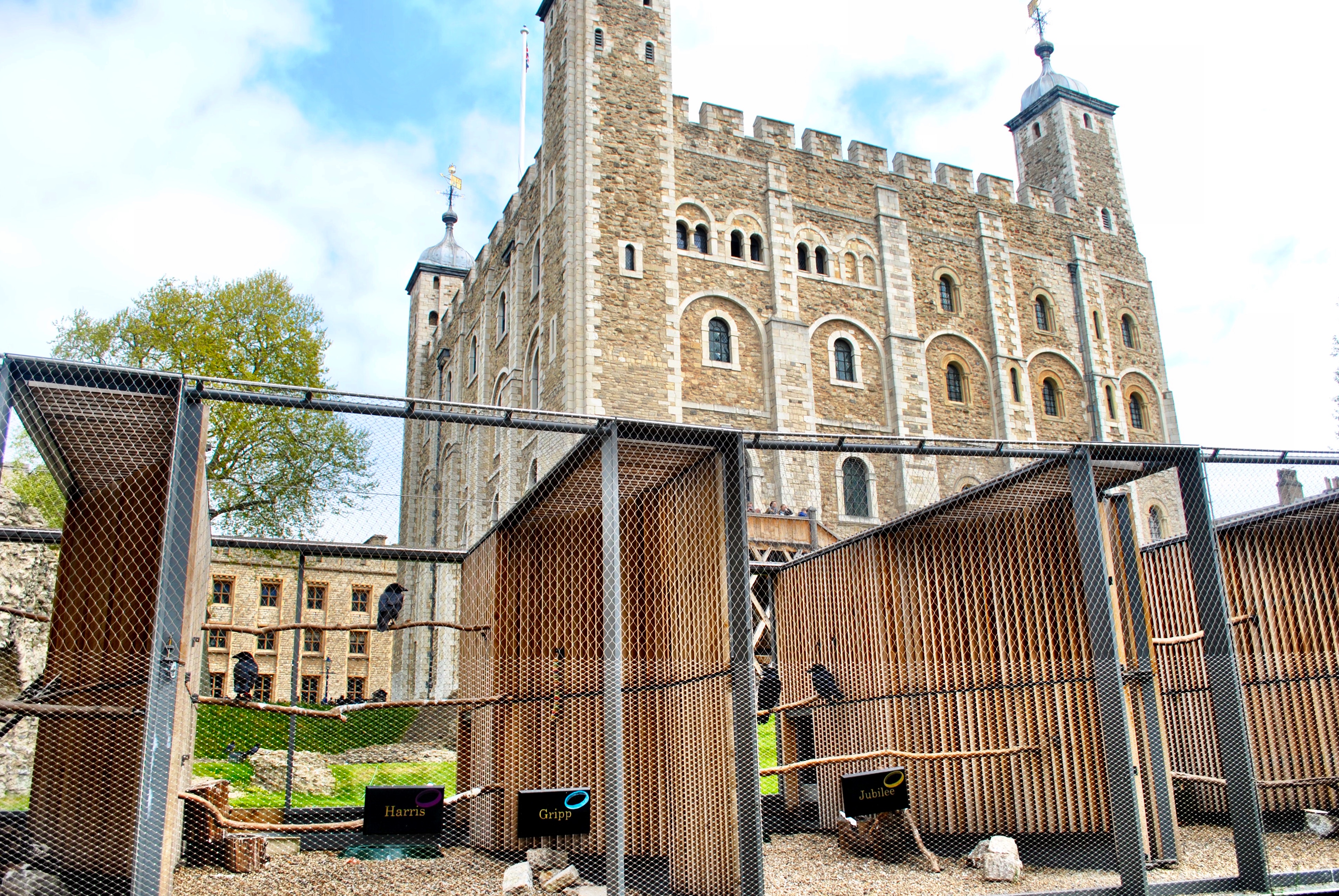 The ravens live throughout the Tower grounds and their names are noted on their cages. They also have colored bands around their legs to make it easier to identify them. 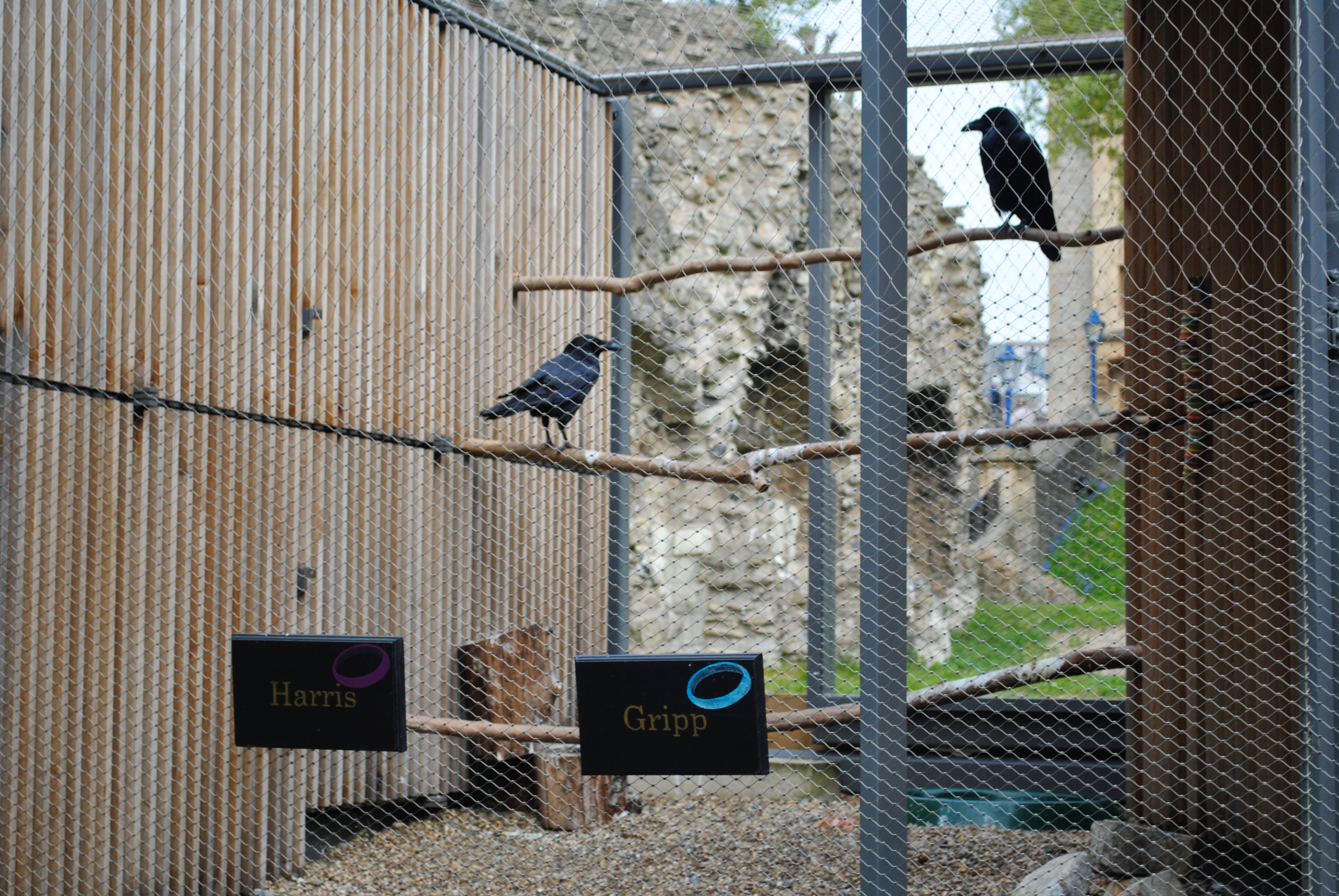 The Yeoman Warder Ravenmaster takes care of the ravens and are they are fed quite well– raw meat twice a day! 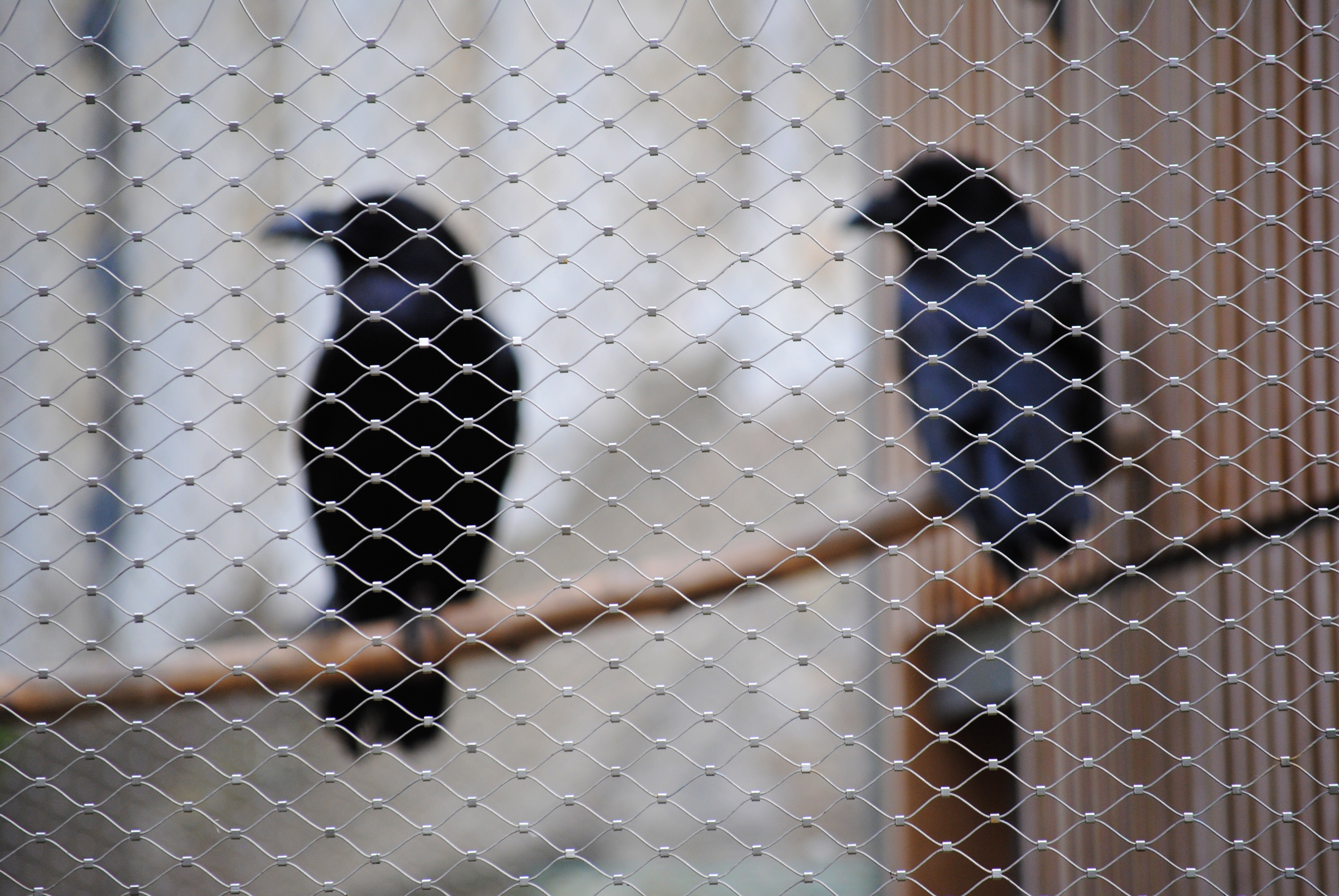 Exotic animals at the Tower of London date back to 1235 when Henry III received three leopards from the Holy Roman Emperor Frederick II. According to the official Historic Royal Palaces website, the cats were probably actually lions, but were recorded as leopards. King Henry’s “zoo” soon grew to hold an elephant and a polar bear. 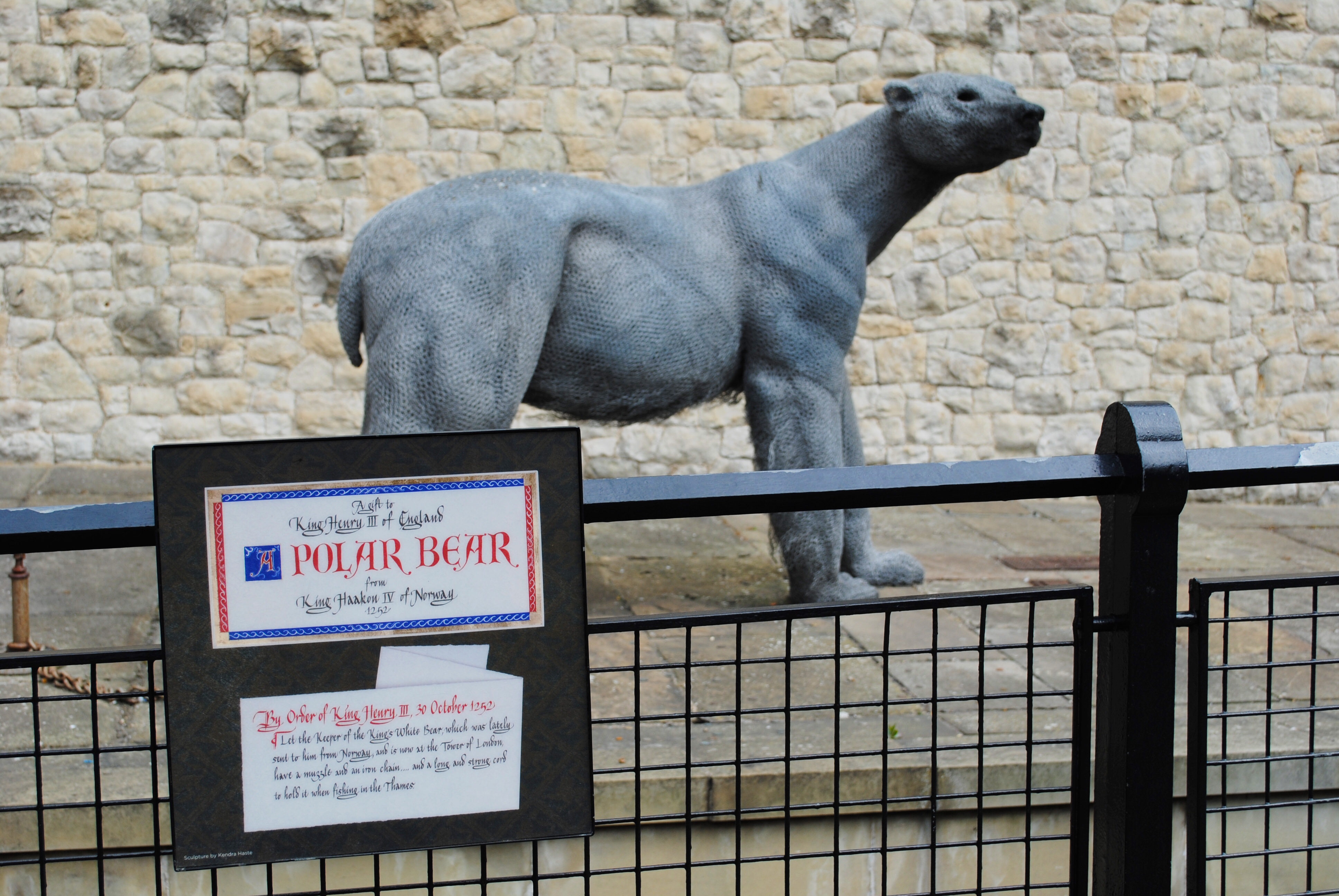 Between 1235 and 1835, a lot of animals lived at the Tower of London including pumas, a tiger, a jackal, lions, and eagles.

Today there are several wire animal sculptures at the Tower that pay tribute to those days of the Royal Menagerie. 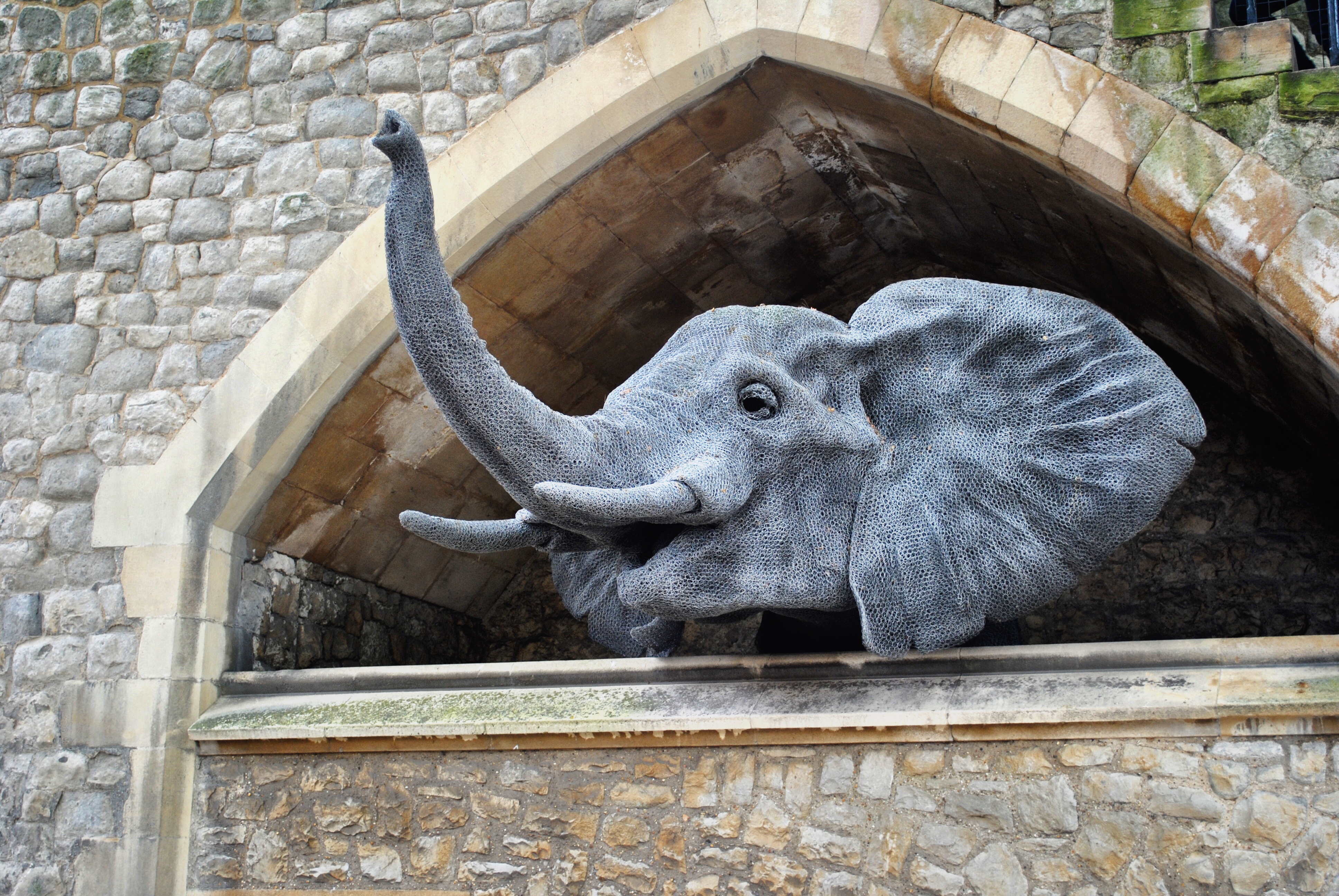 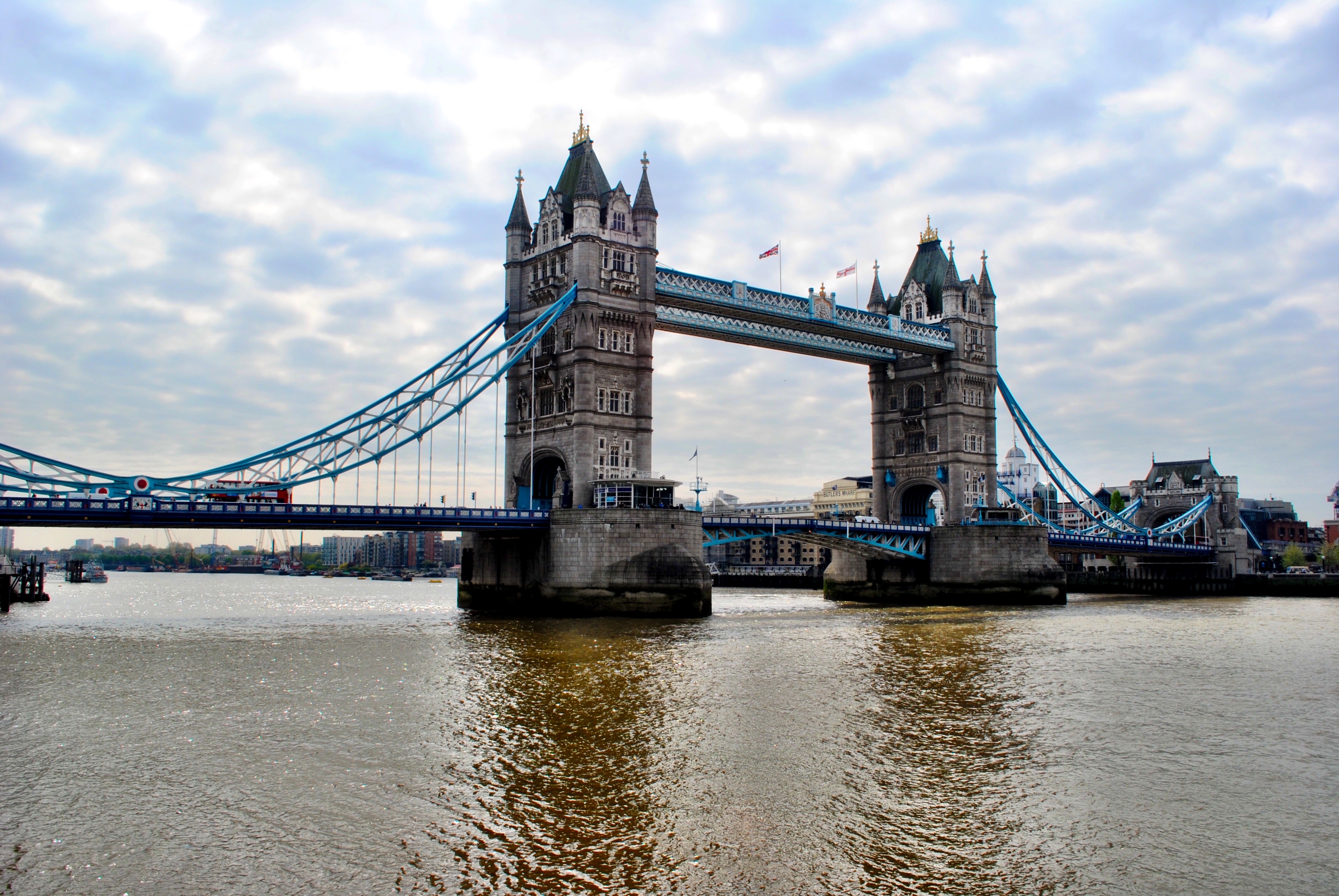 We unfortunately didn’t get to tour the bridge on our honeymoon trip to London, but we will definitely be going back! Visitors can walk across a glass floor walkway that is 42 meters above the water at the top of the bridge. You can also take a guided tour.

Other Tower of London Information

You should plan to spend at least a few hours at the Tower of London if you want to be able to see everything. We really jam packed our schedule on the day we visited and wish we could have had a little more time.

Have you visited the Tower of London? What was your favorite part? 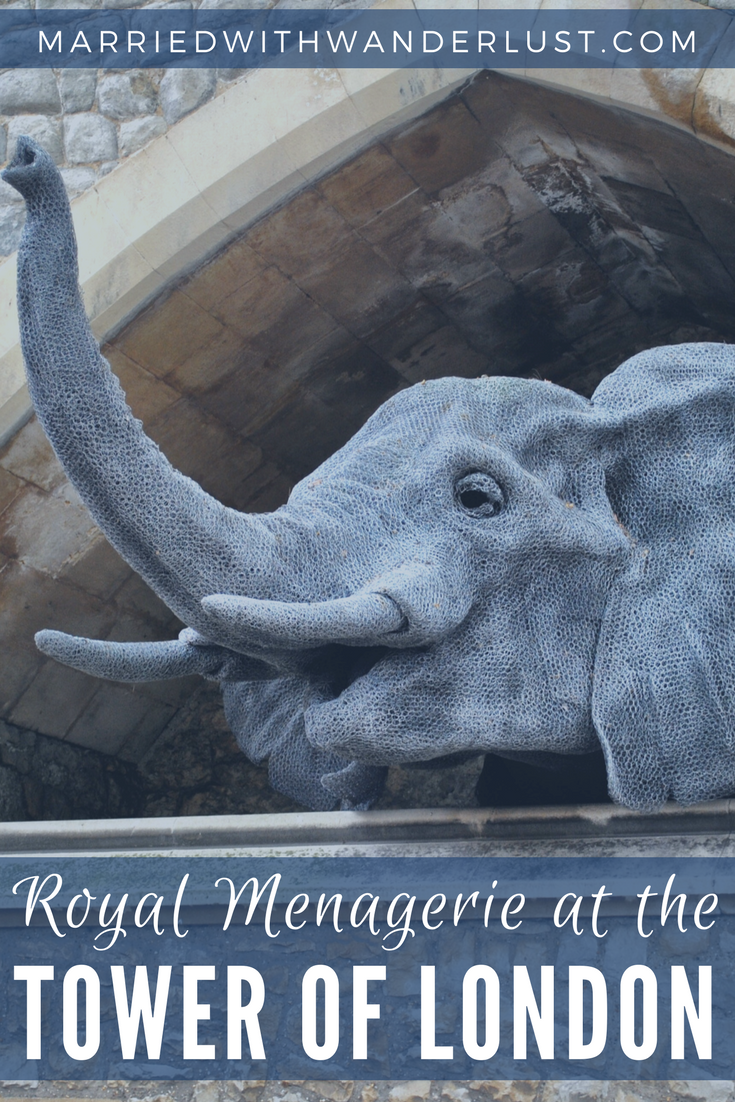