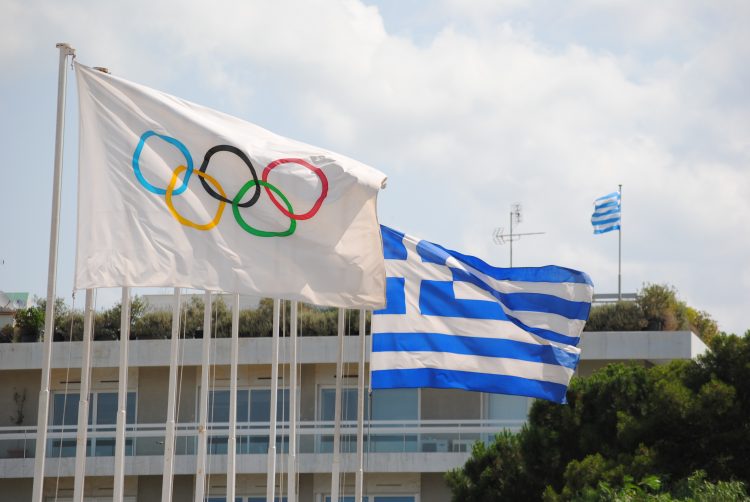 We LOVE watching the Olympics! In fact, if you read our last blog post you know we were even actually planning a trip to Tokyo for the 2020 Summer Games. So, it probably comes as no surprise that we were really excited to visit the site of the very first modern Olympic games. If you’re heading to Athens, make sure a stop at Panathenaic Stadium is on your Athens bucket list!

A little history on Panathenaic Stadium

Here’s a very brief history: The stadium dates back to the 4th century B.C. You may be surprised to learn that back then the athletes competing on the track were males in the buff! That’s right, nude male athletes competed in the Great Panathenaia in 330/29 BC! Many years later, the stadium was reconstructed and chosen as the site for the first modern Olympic games which took place in 1896.

What to know before you go

Panathenaic Stadium is located in downtown Athens. If you enjoy walking, you can reach it from a variety of attractions including the Acropolis and the Temple of Olympian Zeus.

Admission is just 5€ and tickets can be purchased at the gate. The opening hours depend on the time of year so check the official website before you go. There is also café for snacks and drinks outside the stadium, but you can’t take anything inside.

BONUS: You have the epic opportunity to jog where Olympics have competed! The stadium opens from 7:30am to 09:00 for joggers. I only wish I had known about this when we were in Athens!

What you’ll see at the stadium

Hopefully you’ll have a little more time than we did in Athens so you can spend more than an hour at the stadium. We were cramming in a lot so we didn’t get to do everything, but here’s a look at what you can do while at the Olympic stadium:

Walk (or run) the track

It’s so cool to be able to stand in the same spot where Olympians ran more than 100 years ago. Make sure to pose for a photo on the track and you can even go for a run if you feel inclined!

Pose on the podium

Step onto the podium and get ready to accept your gold medal! This is one of the most fun parts about the visit and a great spot for photos inside the stadium.

Listen to the audio tour and visit the museum

An audio guide is included with your ticket and is available in 11 languages (Greek, English, French, German, Spanish, Italian, Russian, Chinese, Japanese, Portuguese, and Korean). The tour provides the history of the stadium including its original construction and reconstruction.

There is also a small museum with Olympic posters and torches.

Check out these other posts to help you plan your trip to Athens: